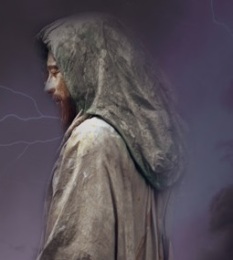 Just a few words about the current work-in-progress, In Numina. If you’d like to learn more about Felix’s next big case – and this one is very much in the limelight – you should head over to Errin Krystal’s blog.

Errin was kind enough to interview me, and instead of answering about Murder In Absentia as usual, I’ve chosen to make it about the my current work.

What was one of the most surprising things you learned in creating your book? Anything weird you needed to research?

Oh so many things…. I am sure I am by now on some government watch-list. Beyond the gods listed above, I also researched anything from lead production in ancient Rome, to ancient curse tablets, to magic mushrooms. Right now I am subverting some of Cicero’s best known speeches for a legal scene.

Speaking of the WIP, I’m about 2/3 done with the first draft. Curses were casts, hands were chopped, and now we’re into some rousing legal action. (Yes, it IS a story about haunted houses; why are you asking?). Which means that, following a few rounds of editing, there is a good chance it will be out this calendar year. (On the plus side, that’s still faster than GRR Martin 🙂