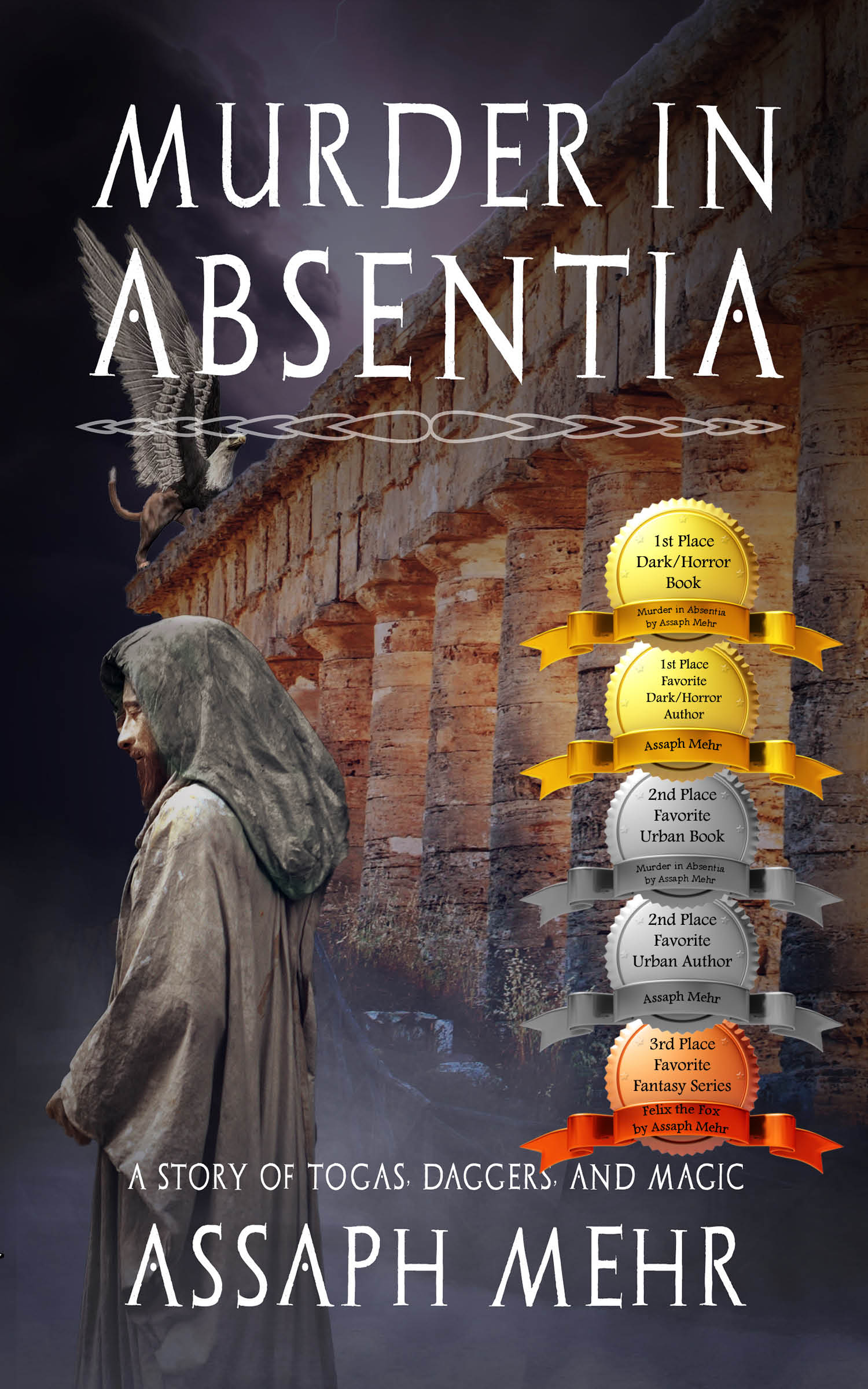 “Mehr creates a vivid cast and an equally vivid setting in which magic just seems to fit in perfectly.”
— Richard Knaak, NYT best-selling author of author of Legends of Huma


“Mehr’s imagined world based on ancient Rome feels at once familiar and dreamlike.”
— Ruth Downie, NYT best-selling author of the Medicus series of Roman mysteries

A murder that couldn’t have happened

A young man is found dead in his bed, with a look of extreme agony on his face and strange tattoos all over his body. His distraught senator father suspects foul play, and knows who to call on.

Enter Felix, a professional investigator. In the business of ferreting out dark information for his clients, Felix is neither a traditional detective nor a competent magician – but something in between. Drawing on his experience of dealing with the shady elements of society and his aborted education in the magical arts, Felix dons his toga and sets out to discover the young man’s killers.

Murder In Absentia is set in a fantasy world which borrows elements from a thousand years of ancient Roman culture, mixed with a judicious amount of magic. This is a story of a cynical, hardboiled detective dealing with anything from daily life to the old forces roaming the world.

This is a story of Togas, Daggers and Magic –
for lovers of Ancient Rome, Detective Mysteries, and Urban Fantasy.

Murder In Absentia is available through Amazon (kindle and print). Paperback copies are also available through Barnes & Noble, Book Depository, and other online retailers across the globe.
For personally dedicated and signed copies, see the Swag Store.

Check out the character interviews with Felix as well as this quirky special puzzle he was forced to solve!