A collections of links for some funky finds from Ancient Rome. First is this Roman army multi-tool. One can envisage it as a precursor to the Swiss — sorry, Helvetican — army knife. It has a knife, spoon, and fork, a spike, spatula and small pick. Though since it’s made of silver it might have been a useful gadget for a wealthy traveller. I’m sure Felix would have had one, his special dagger notwithstanding. You can find it in the Fitzwilliam Museum. 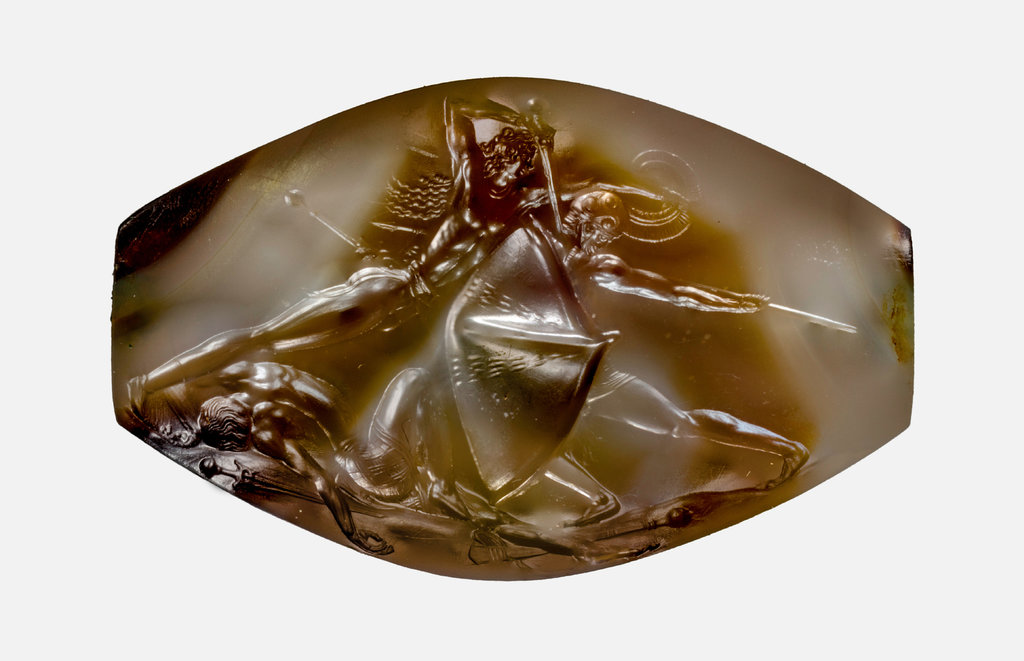 Somewhat older, is this find of Greek origin. This is a tiny little seal stone (less than 4cm) found in a grave dated to 1,450BC. Just look at the intricate miniature carving, and think about it when someone sneers at Bronze age technology and craftsmanship. You can find the full article about it here.

Next is a Roman signet ring, dated circa 200-300 AD. It was found in a Somerset field by an amateur metal detectorist.

It’s perhaps a bit later then Felix’s era, but this looks remarkable like the ring from his case Cursed.

You can find the article and an enchanting video about it on the BBC.

If you’re still with me and want to see more artefacts, take a look at the Identifact project. It’s a sort of flash-cards display of various Roman items. You can click on each item to view it enlarged, and then flip the card over to see what it is.

Lastly, there is the more serious Portable Antiquities Scheme, dedicated to archaeological objects found by members of the public in England and Wales and run by the British Museum. They have a few collections, from Bronze age artefacts to Medieval coins. Quite the resource to dig into for some inspirations.