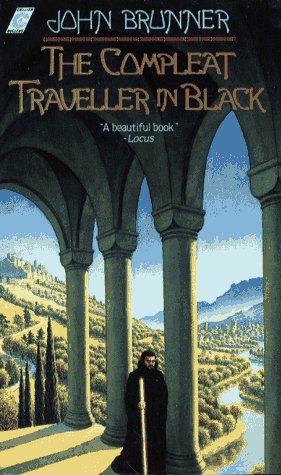 This is a little-known fantasy gem, by one of Sci-Fi greats. It contains five short stories (the original 4 written between 1960 and 1971, and published as “The Traveller in Black”, and the fifth written in 1979 and later published in the Compleat collection).

I loved the premise and style of the stories when I first read them, and have re-read them a few times since. I hold that these are ageless classics that deserve much more recognition amongst modern fantasy lovers.

There are five short stories (more novelettes in length), revolving about the unnamed hero. His task is to bring order out of chaos, and he goes about his cosmic duties by granting the wishes of denizens of the border realms. Needless to say, wishes never turn out quite the way those who voice them expect.

The basic premise is original and enchanting. The stories are clever in their construction, and the background world has that essential quality of what you want in fantasy – the feeling of the fantastic. There is a vast mythology in the background, given as-is without explanation. This enhances the eerie feeling of otherworldliness, that sense of wonder at the cosmos. (I am not against magic being explained – but I like the opposite too).

This is supported by the language that Brunner uses masterfully. As can be guessed from the title, there are a lot of archaic terms which add to the feeling of a world from another place and time. Brunner ‘s command of the English language is awe-striking, which adds depth and new dimensions to the deliciousness and enjoyment derived from his novels. (Note that I like to read with a dictionary – that’s how I improve).

My favourite story out of the five is probably The Wager Lost By Winning. This isn’t because I have a fetish about Lady Luck (no, really), but that was always the story that has stuck most vividly in my head over the years since I first read it.

This isn’t your usual fantasy book. The language, while beautiful, can be challenging. There is also a certain sad feeling to the stories as they progress, as the world moves from the chaos of elemental spirits to that of order and petty men – something that lovers of fantasy will no doubt find sorrowful.

Read this book when you are in a mood to think, to slowly savour master fantasy. If you take the time, you can learn a lot about how to craft fantastical worlds and tales of wonder.

I don’t think the original Traveller collection is still in print, but do make sure you get the Compleat Traveller In Black collection.